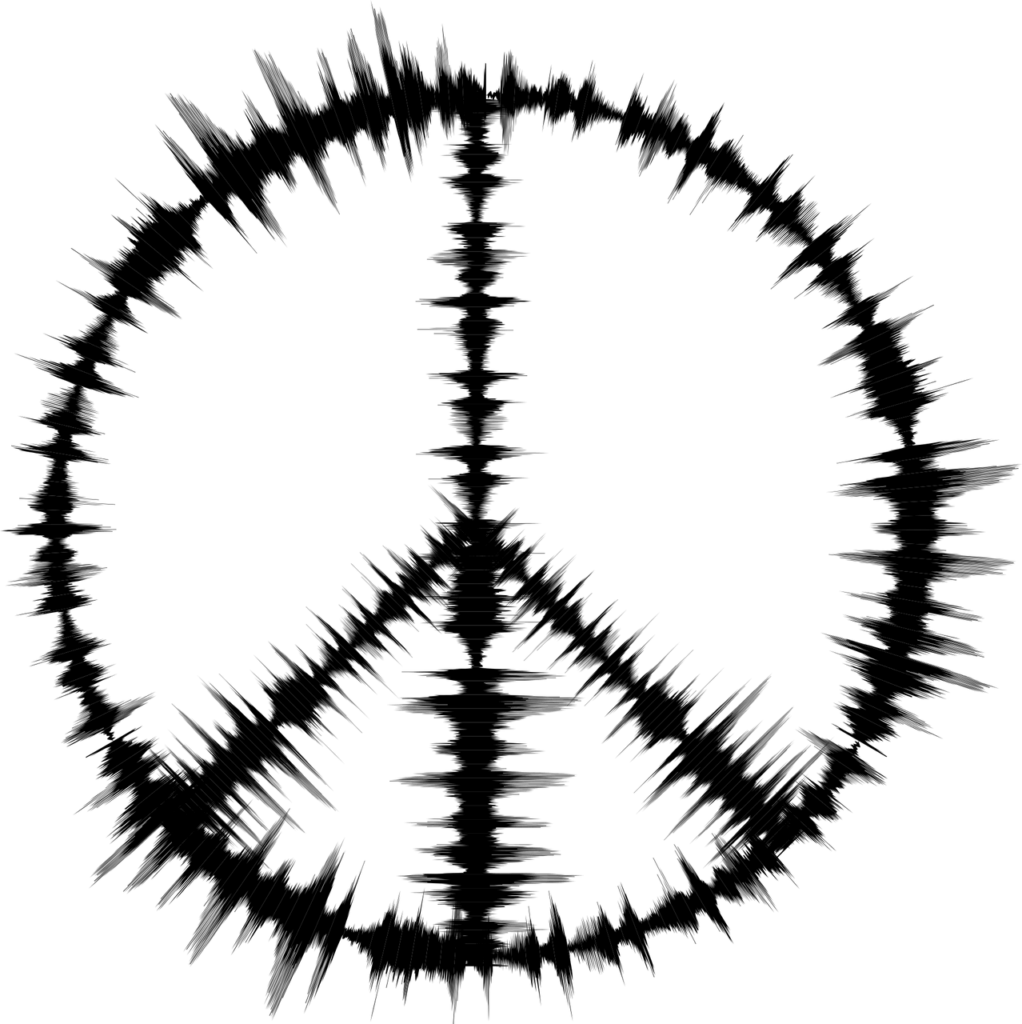 How do we achieve world peace?

Well, I think it’s easy. At least, it’s easy in theory. Maybe a little more difficult in practice. But really, not even that difficult.

“World peace” is this ever-elusive thing that is always talked about, always strived for, and often accepted as an impossible possibility.

But it’s really not that hard to achieve…

But before we get there, let’s explore why there isn’t peace in the world already.

Animals Are Not Inherently Peaceful Creatures

Let’s not forget this simple truth:

This is due to the “scarcity mentality”.

For those of us who have ever meditated, we come to understand what the Buddha called the First Noble Truth: Life is suffering.

We get hungry, and we suffer.

We get tired, and we suffer.

We get hurt, and we suffer.

We are constantly trying to maintain a homeostasis somewhere between the spectrum of ‘OK’ and ‘Really Freaking Good’. When we fall anywhere outside of that spectrum, we suffer, and we begin to look for ways that make us feel better.

When we find that thing which makes us experience less suffering, we hold onto it and we don’t want to let it go. This explains why certain animals are nomadic while others are sedentary. They’re looking for food. They’re looking for an easing of their suffering. When they find it, they settle and call it home.

Humans do this too, but with local and global trade agreements, finding a source of food is rarely a problem.

Our problems lie in opinions. That is, food is not the problem. The problem is deciding who should have the food and when they should have it. The specifics of the problem are different, but the attitude of scarcity is still the same.

If in the jungle one monkey tries to steal another monkey’s banana, that monkey will fight back in a way that is deemed acceptable to the outlying community of monkeys. That’s how monkeys govern scarcity.

If in Seattle one man tries to steal a banana from Whole Foods, Whole Foods will call the police and that man will get put in jail. That’s the human’s acceptable method of governing scarcity.

But it’s not just food. It’s our time, our possessions, and our money. We “own” a lot of things. They’re our investments.

Anyone who is seen as threatening to our investments is seen as a problem, and we create animosity toward them.

We are not peaceful creatures when an attitude of scarcity exists.

Not exactly. Because then the spectrum becomes relative.

Good sex is good, but great sex is great. Why would you just want good sex when great sex exists?

Wouldn’t you actively pursue that “great” experience rather than settling for what’s “good”?

Because everything is relative, no one can ever be fully satisfied. There is always something better, faster, stronger, more exciting, and more unattainable.

This causes the scarcity mentality. 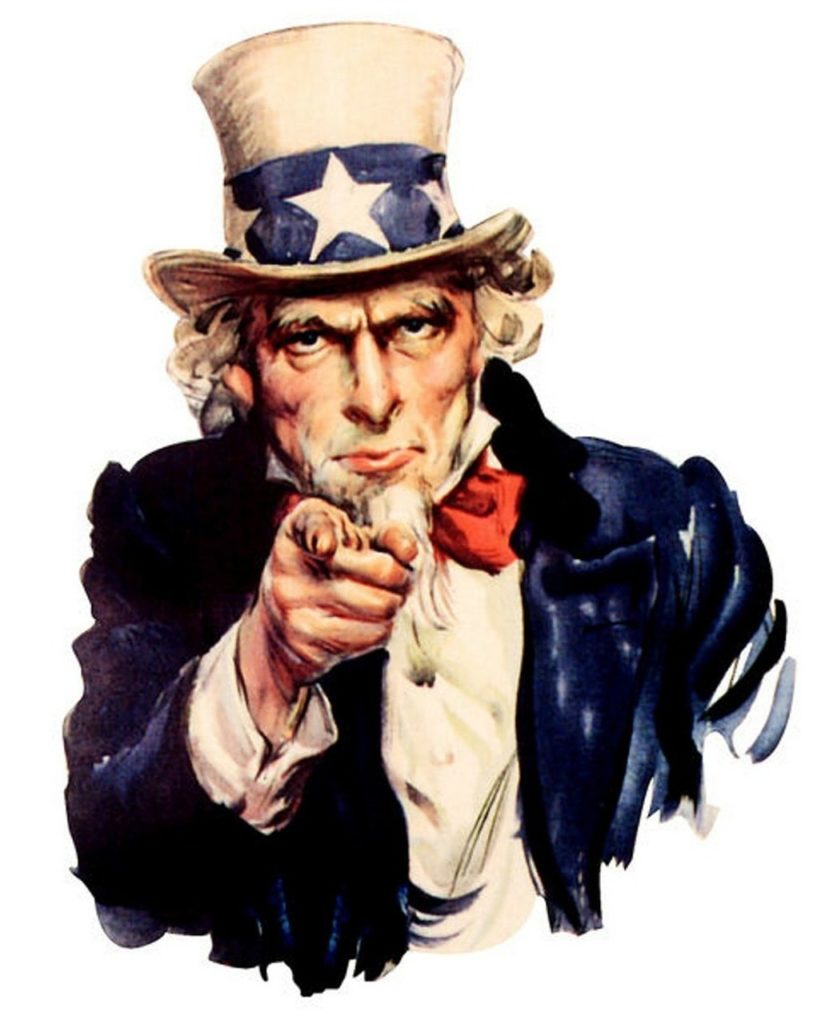 I want YOU… because the others aren’t good enough.

As I see it, there are three things we can do:

There is an un-welcomed sensation occurring, and instead of being mindfully present with that sensation, you seek to eliminate, or at least, alleviate that sensation. This can be due to a variety of reasons, but the more you analyze the reasons, the less mindful you become. Go outside the mind and understand the sensations.

Understand that you are experiencing things. Your experiences are dictating your actions. When bad things happen, a bad state of mind tends to follow. With proper amounts of mindfulness, bad mentalities don’t need to take root even if bad things happen.

As the Buddha likes to say, “Pain is inevitable, but suffering is optional.”

Now that you understand that this is happening, you can seek to change this habit. This is the most revolutionary act anyone can do.

Respect the practice, respect yourself, and most importantly, respect others around you.

This can be compared to compassion. Even if now you’re an enlightened being who understands that mindfulness is the way out of suffering, don’t be a dick about it. That’s not helpful. Lead by example. Understand that everyone is on their own path and will come to their own conclusions at their own pace.

I’m sure you’ve had the experience of sharing a passionate opinion with someone and you weren’t met with unfettered gratitude. Instead, you were met with condemnation and verbal abuse.

People are typically very pointed and they like what they like. It’s important to note that this is their inherent right of being human. They have the right to believe in whatever they want to believe.

Even though you can, through direct experience, understand that mindfulness will inevitably lead to a breaking of the scarcity mentality, you can’t force that opinion on others. And when you try, you are often creating animosity in others which not only doesn’t help, it hurts.  Relax, let it go, and focus on yourself.

The Solution For World Peace

The solution is in that last paragraph. Did you get it? Read it over. I’ll wait right here.

The answer is respect.

Respect another’s opinion and combat your own opinion with mindfulness. Of course for actual worldwide peace to take place, the other people involved will need to combat their opinions with mindfulness, too.

But no amount of you telling another person to be more mindful will make them be more mindful. (Before you call this post hypocritical, recognize that I’m not forcing you to do anything. If you don’t want to be mindful and respectful, you are more than entitled to live that practice.)

When your mind is pacified, everything around you will be pacified too. I’m not talking about a lead by example thing, though that is also true, I’m talking about the real power of mindfulness.

I Was Interviewed For A Documentary On World Peace

They asked me, as a representative of Buddhism (quite a large flame to hold, but I still carried it with grace), if I thought world peace was possible.

“No. I don’t think world peace is possible. My idea of peace is different than your idea of peace. What’s peaceful to me may not be peaceful to you. And me trying to get you to live my definition of peace is me aggressively pursuing you to think like me. Not only is that never going to happen, it’s also, ironically, creating the very environment for anger and animosity to take root. If you believe that world peace is possible, you believe that all people will unanimously and simultaneously come to an agreement where each other’s vehemently different ideas are respected; this has no historical precedent anywhere in any kind of history- written, oral, or otherwise. To believe such a thing would simply be delusional.”

The “peaceful Buddhist” wasn’t supposed to answer with a resounding “no”.

I was edited out of that documentary.

But here’s the real Buddhist answer:

After several years of Buddhist study and practice, I could never understand this statement. It seemed like a pretty arrogant thing for the Buddha to say.

But as my practice progressed, this sentence started to make a whole lot of sense. 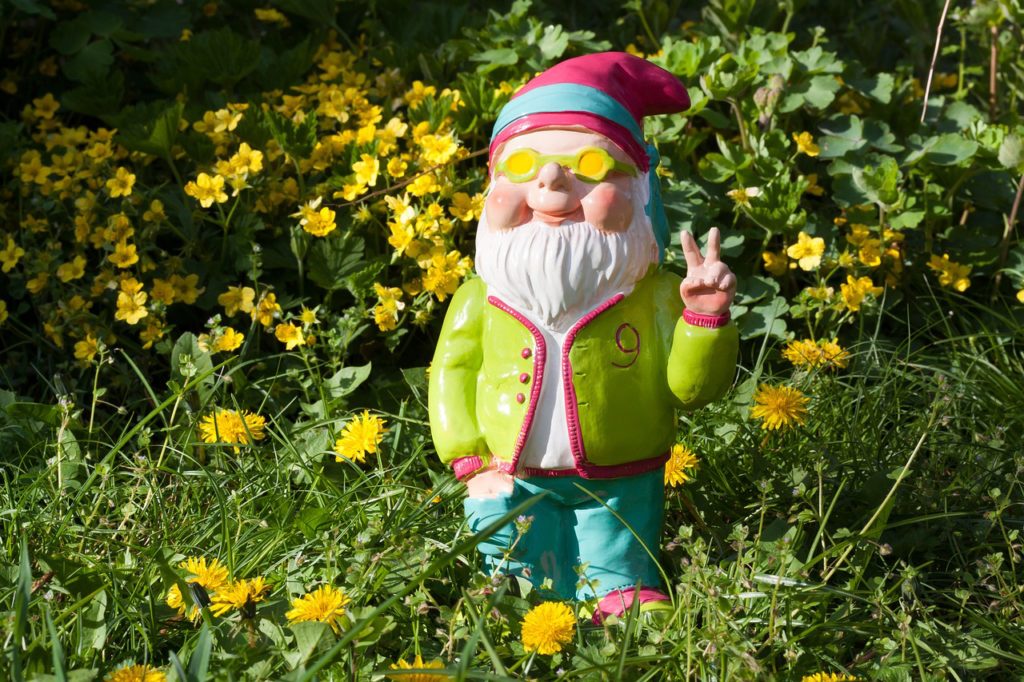 Peace it up, dude.

Mindfulness, in short, is treating everything as a co-dependent, neutral sensation. All the sights you see, all the sounds you hear, all the tastes, feelings, smells, and, most importantly, thoughts, are all sensations. There is nothing that isn’t a sensation.

And these sensations are all co-dependent. That is, they all arise due to causes (karma). There is nothing that comes up out of nowhere. Everything has a cause.

When you practice mindfulness for an extended period of time, this all becomes astonishingly obvious.

Because everything is a sensation and is co-dependent, nothing can be said to be “good” or “bad”, because those concepts exist in thoughts, and the thoughts themselves are just more sensations created by their own karmic process (i.e. co-dependent system of cause and effect).

Again, when you practice mindfulness for an extended period of time, this also becomes astonishingly obvious.

Thoughts are simply another manifestation of karma. Thoughts are just sensations. These sensations are not good, nor are they bad. They just are.

When I do that, the person becomes a sensation, and the thoughts I have about them become a sensation; therefore, any aversion to them is irrelevant.

Again, when practiced for a long enough time, this is easily recognized as the way toward personal peace.

That’s because there’s no inherent meaning in anything. There are just sensations.

Likewise, I can’t create a preference toward an individual, because there’s no sense of “good” either. That person becomes a series of sensations being processed by a now mindful mind.

Reaching this state is what’s referred to as “Enlightenment”.

So in an Enlightened mind, peace is the only option. Peace is the absence of excitement. “Good” is exciting and “bad” is exciting. When good and bad are gone, no experience could ever be anything other than peaceful.

There’s no other possibility.

There’s just an experience. A neutral experience. An experience that is experienced by one imperturbable mind. That one mind has become pacified, and the rest of the world simply becomes an extension of that pacified experience.

The Enlightened mind exists in a pacified state, and there’s no other option.

Peace exists, and that’s it.

Because there’s peace in this personal mind – the mind which experiences the world – world peace is a natural extension of that state.

Inside and outside – there’s only peace.

So That’s Fine, But It’s Not Really That Tangible

But learning how to walk this fine line between attaining Enlightenment and living peacefully in the unenlightened world is the only way to progress forward toward achieving great things in our global society.

So if you’re asking how can we achieve peace, this is how.

But the question still remains. How do we create world peace not based on a personal level?

And here’s the other (slightly more tangible) answer:

That’s because it is.

Do you respect this opinion? Do you have another opinion? Let’s create a discussion in the comments below!