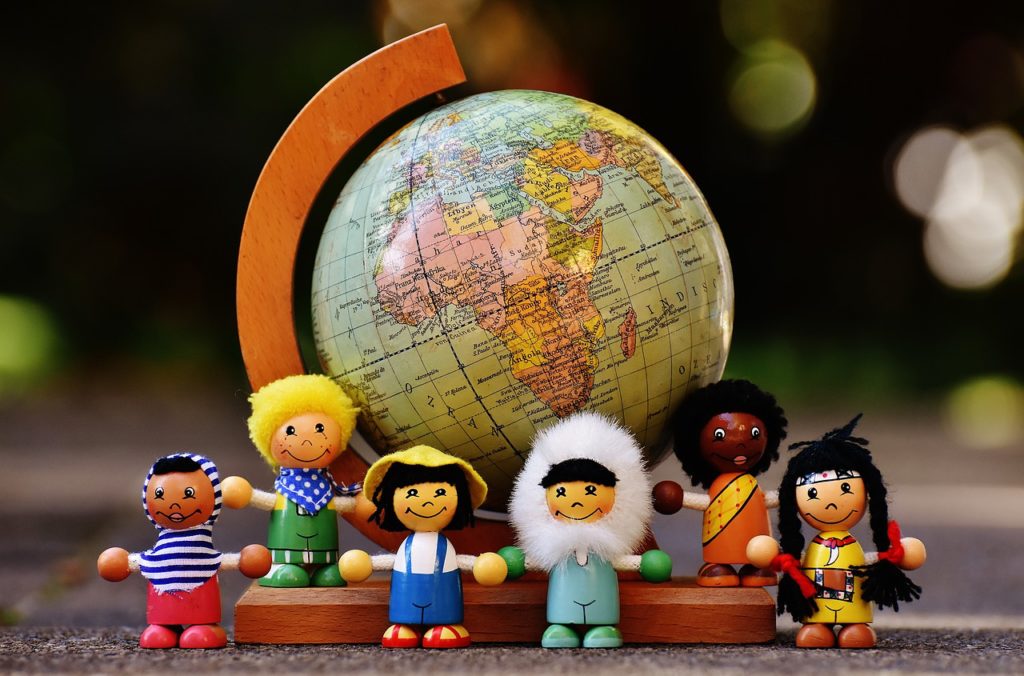 There are over 7 billion people in this world.

Some of these people are:

Each one of these 7+ billion people comes with their own set of unique outlooks on the world that are independent of anything other than their own personal experiences.

We often, as humans, focus on differences and vehemently defend our own self-interests, but there are some universal common areas that must be acknowledged.

As far as I can tell, these 3 similarities trump all differences. The human condition is a unique glue that binds all of humanity. When this is accepted, peace will triumph.

But until that happens, here are five things you can do to ensure your relationships are fulfilling, realistic, and long-lasting:

This is not to be understated.

Everyone has a set of distinctive circumstances that is dictating their behavior. Understand that you don’t understand what anyone else has gone through or is currently going through.

Trust that this is a person who is trying their best with the situations they’ve been given.

All too often, we meet people and try to box them into our own ideas of how they should behave. This is a poisonous attitude. Come to expect differences and you’ll come to realize the similarities.

They are people, too.

They are living, breathing, humans – existing just as you are existing.

Their circumstances, opinions, beliefs, behaviors, outlooks, and cultural understandings will likely be different than yours. You don’t have to agree with them, but you should strive to understand that they carry with them a set of circumstances you will never know.

This is the foundation for their personality.

All you have to do is respect this foundation.

As you may have noticed, I talk about mindfulness a lot.

This is because it’s fundamental to so many things in life that its ultimate value is all-encompassing. In particular, when dealing with difficult situations, learning how to utilize mindfulness is of immense importance.

It’s easy to build a relationship with people we like, but it’s much more challenging when we encounter people who possess a lot of personality traits we don’t like. This triggers our agitation and response for anger.

Learning how to stay mindful in difficult situations – with individuals we find difficult – will have powerful benefits that can only teach us more about ourselves, other people, our cultural outlooks, and our place in the world.

3. Meet Them Where They Are

This goes back to respect, but it’s a more specific level of respect.

Everyone is at some point in their lives. They’re walking down a path and they’re somewhere along that path.

Either way, understand that they exist where they are right now, and there’s nothing you can do to change that.

People go through changes, yes, but they go through them at their own pace. If they’re ready for a change and they want you to help, they’ll let you know.

Otherwise, meet them where they’re at.

We can’t force them to be like us or think like us or act like us. That will trigger their anger response and any hope of a relationship is effectively non-existent.

Playing on this theme, don’t expect anything from anyone.

Don’t expect the relationship to be good or bad.

Don’t expect them to be mean or nice.

Don’t expect anything. Reality rarely lines up with our expectations.

Our opinions are so often wrong, yet when we tightly hold onto them, they color an entire interaction, and to a larger degree, an entire relationship.

This is so detrimental to healthy interactions.

Again, this will cause their defenses to become triggered, and when this happens, the relationship is in trouble because they will see that we can’t accept them for who they are, where they are, and how they are.

They may love you, but they also may not.

Stop making everything so serious.

There’s no need to stress.

Life can be fun. Life can be easy. When everything becomes serious, expectations rise, the stakes are much higher, and levels of respect fall away because we’re analyzing the benefits of such a relationship instead of just being in the moment.

Even though we get nervous because we want the interaction to go really well, people actually like us better if we can be relaxed. They’ll feel comfortable and carefree.

It won’t matter if you’re on polar opposite sides of the political spectrum or if you can’t speak each other’s languages. When you relax, the moment opens up a world of possibilities for you to find common ground.

Showing that you can relax and keep an open mind when difficulties arise will show the other person that they can be at ease around you. This is when you really get to know a person for who they are.

Let them show you who they are, and respecting them will become easy.

We are here. On Earth. Right now. Together.

There is no need to fight or be angry or create discord. It’s unnecessary. The more we do this, the more we suffer, and the more others around us suffer.

There is a way to behave where no one, including ourselves, has to suffer.

Following these five rules is a good place to start.

Do you have more suggestions on how to build a realistic relationship? Which one of these 5 points do you struggle with the most? Let me hear your thoughts in the comments below!