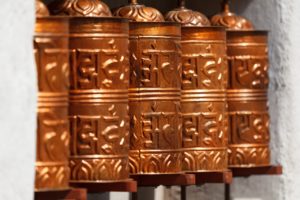 Most ideas of “karma” are something along the lines of this:

It sounds like something humans created to make sure that there was some kind of moral justice in the world.

While it may or may not be true (I can’t disprove the existence of an overarching moral judge), I can safely say that scaring myself into doing good things with the promise of getting good things back is an unattractive way for me to live.

Training Our Children With A Moral Compass

Humans are trained in this way. We’re trained to “behave” to get rewarded.

I remember being in Kindergarten and the teacher was going around handing out M&Ms to our class.

She was giving three pieces of candy per child.

The first five kids in the circle received three M&Ms. Then the sixth kid, after receiving her first three M&Ms said, “thank you”.

The teacher, very pleased, said, “Ohhh, you are welcome,” and proceeded to give her two extra pieces of candy.

That kid now had five M&Ms while the rest only had three. The seventh kid, seeing how saying “thank you” was greeted with more candy, also said, “thank you”. As did the eighth kid, and the ninth kid. Each “thank you” was now rewarded with two extra pieces of candy.

I was number ten. Me being a conniving prick even in Kindergarten, I thought, “How can I extort even more candy from my teacher?”

When she gave me the first three pieces of candy, instead of saying “thank you” like the previous kids, I stepped it up a notch and said, “Thank you very much.” She said, “Ohhhhh, you are very welcome,” and proceeded to give me five (5!!!) extra M&Ms.

Every kid after me, seeing how I got five extra pieces of candy, also proceeded to say, “thank you very much”. 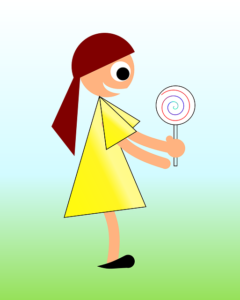 We’re trained as children to uphold an ethical moral standard by being rewarded for “good” codes of conduct. And likewise, we get punished when that moral standard is not upheld.

This is human nature.

This is our human attempt at ensuring peace exists in the world.

This is not karma at work. I didn’t get more candy because I “put out good into the world”. I could just as easily argue that because my intention was solely focused on getting more candy, and not on being a nice person, that I was putting out “bad karma” into the world.

Maybe that’s why I received more candy… because candy is bad for you (seriously big eye roll).

The Heaven & Hell Of Hinduism

This “moral” idea of karma is essentially the same as the “Abrahamic afterlife”:

Again, I can’t disprove it, but living life adhering to a subjective moral code of conduct out of fear for the “bad” and the desire for the “good” is not a way I want to live.

This moral right and wrong idea of karma is closely aligned with Hinduism. It’s a bit simplistic, but this is the general idea.

The first difference is that Buddhist karma is neutral. There’s no “good” and there’s no “bad” versions of anything, let alone karma. This is because the concepts of “good” and “bad” are highly subjective and are ultimately just mental constructs.

Of course, we live in a conceptual world and can only use language, which is inherently dualistic, to describe these non-conceptual, non-dualistic ideas.

As you can imagine, that’s problematic.

So when Buddhists say “good karma” and “bad karma”, these words need to be treated in a relative sense.

In reality, there’s no such thing as “good karma” and “bad karma”, but there’s no way to talk about it if we don’t use these descriptive modifiers.

I like to think of karma as a habit pattern. This is the easiest way to describe it.

This is also how karma works.

Using this context, we can define karma as such:

After understanding that karma exists solely within the scope of the mind, only then can we define karma in the classical context.

I like coffee. I know it’s bad for me to drink 16 cups a day, but I like the feeling it produces.

When I drink the coffee, the caffeine is causing my body to feel the effect of stimulation. That’s another karma.

Because caffeine is addictive, the cause of withdrawal is having the effect of me wanting to drink more coffee. That’s another karma, and the cycle of addiction gets perpetuated (entirely different, but closely related topic).

In this example, there are mental karmas and physical karmas. Mind and matter are working in parallel. There is nothing supernatural about any of this. There is only a habit pattern perpetuated by a lack of mindfulness and a natural cause perpetuating a natural effect.  (Read  “What is Mindfulness?”)

Cause and effect. That’s it. 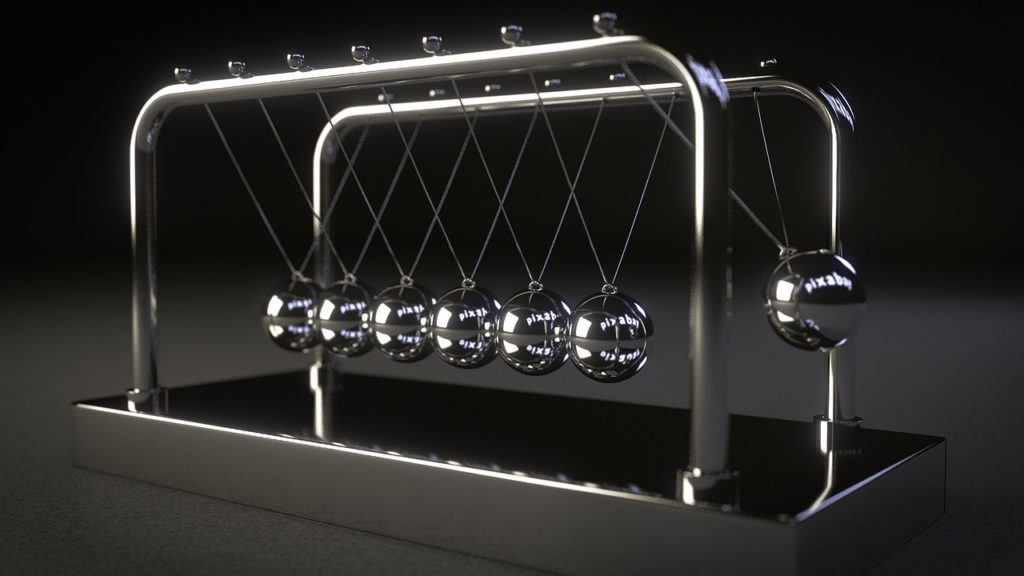 Cause and effect is basic science

Now, we can take this simple reality and put all kinds of beliefs onto it, but then we’re only perpetuating the karma of believing in supernatural things.

I can say “cause and effect” is the work of God. Or the Universe. Or some other supernatural being.

That’s because it is.

When we look at karma in an objective way, we see that these supernatural beliefs are nothing more than mental karmas coming up and being fed with a lack of mindfulness. By staying mindful with these potential karmas, we can understand what is really happening:

The mind is creating an imagined reality that is outside of the observed reality.

Our tendency to react in “the typical way” is perpetuating that belief. That creates a karma (a cause and an effect).

That is, the only reasons these mental objects appear real is because we believe that they’re real.

But ponder this for a moment:

Every impulse will be acted upon as an objective truth and the world will turn into a gluttonous, narcissistic nightmare.

This is why we humans have created the rewards-punishment system. It’s to curb these impulses and create a sense of harmony.

It’s a big cultural band-aid. It never addresses the root cause of these impulses.

That cause is a thought.

The effect is the acting out of that thought.

Stop focusing on the effect.

Focus on the cause.

When mindfulness is present, the cause (a thought) comes into the mind, and no action occurs. The energy of that cause comes into focus but quickly dies down when there’s no mental reaction to feed it the energy it needs to sustain itself and create an effect.

This is what the West calls:

This is what the Buddhist calls:

Eventually, when mindfulness is perfected, no more karma will exist, cause and effect will have stopped, and a person will become “Enlightened”.

Again, you can’t create “good” karma in the sense that giving good things is going to get you good things in return. But you can direct your karmic impulses toward things that are more beneficial to you in life. This is the same way that you create a “good” habit pattern, or at least, “break” a “bad” habit pattern.

For instance, if I want to break the habit pattern of drinking 16 cups of coffee a day, I can create “good” karma by cutting it down to 15.  That means, at least once a day, I will have combated the karmic impulse to drink coffee by displaying mindfulness.

Following this trend, I can further use this willpower to cut it down to 14 a day, then 13, then 12, then eventually 0.

In this way, the cause of the addiction has come up, and the typical effect has been effectively nullified (from the cause of my willpower).

Example of Karma (cause and effect)

This is what karma is… A series of causes and effects happening on a mostly subconscious level. That’s it. That’s all karma is. 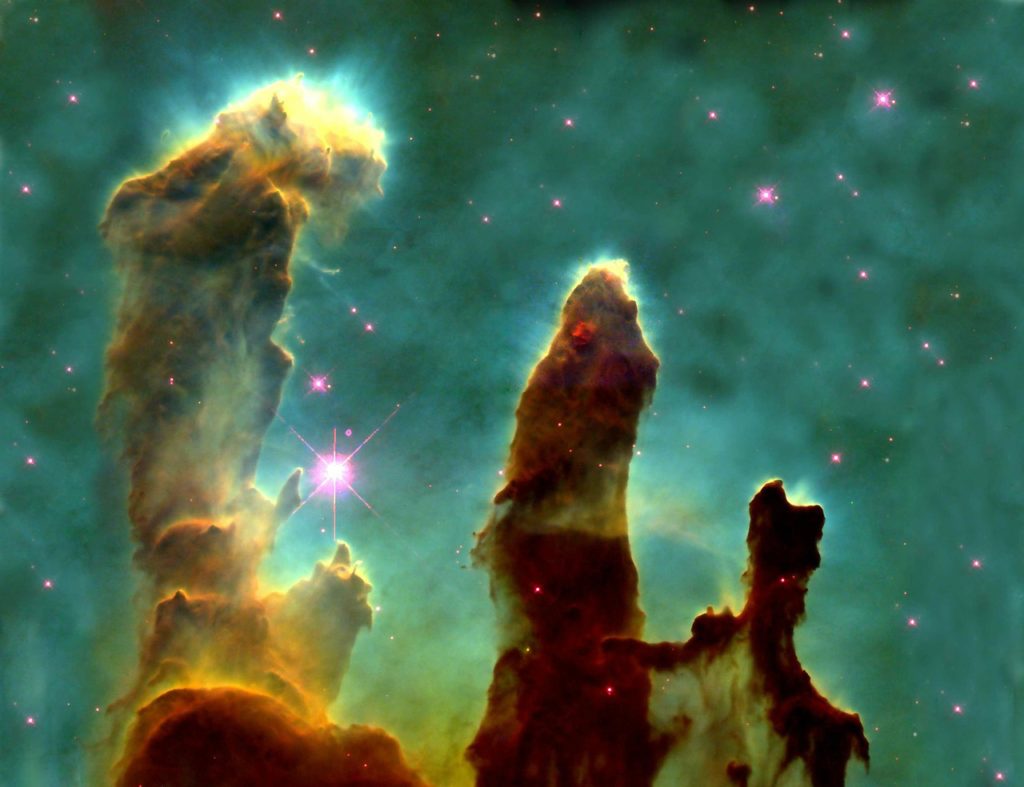 That’s a lot of mind… or matter… or… what is that?

Breaking The Habit, But Creating Another

Karma only exists because we lack mindfulness.

Karma exists because we keep being unaware that karma exists. We tend to break one habit, but then replace it with a newer, “better” habit.  And when we put labels like “good” and “bad” on things, we go, “Yes, give me the good things, and take away the bad things.”

But this kind of thinking is the problem. It’s another karmic thought that is not being greeted with mindfulness.

When these causes are carried out with their proportional effects, we start the same process of cause and effect over and over again. So creating karma of any kind (“good” or “bad”) is the reason karma exists.

Karma Is Not The Answer

When mindfulness is understood as The Way, then and only then will karma stop being “good” and “bad” and take on an entirely different meaning.

This is how the Buddhist relates to karma.

There is no supreme moral dictator saying, “Punching someone is hurtful, so someone is now going to punch you and you’ll get hurt. Therefore, don’t punch someone unless you also want to get hurt.” 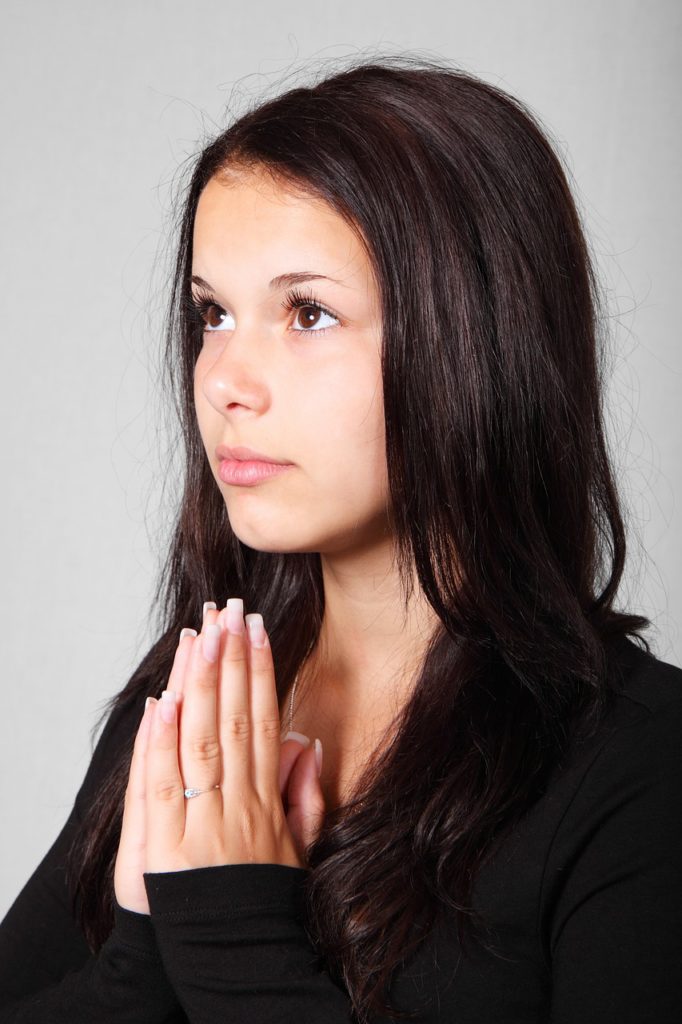 “Dear Karma, I’ve been good. So give me good things.”

That’s a fallacious mentality created by humans to frighten everyone into maintaining peace (in my opinion).  Creating “good” karma and “bad” karma will just lead to further identity crises. It won’t help you actually attain a lasting sense of reality because all of these karmas are based in fleeting thoughts that will go away when a little bit of mindfulness is present.

When this is understood, there is no need to believe that “putting good into the universe will bring positive results”. That belief will be understood as just another delusion which will lead to a furthering of karma.

The goal will then become apparent, and eventually, with practice, all karmas will cease.

That’s all it is.

Do you still have the desire to create karma? If so, leave a comment…